In times of cross medial publishing, the same content is often being reused for multiple broadcast programs. This means that, for example, a TV channel may use exact the same clip in the morning as well as in the evening news. But this contains some stumbling blocks when it comes to efficiently monitoring the media.

Many duplicates in your search results can cause extra effort: a lot of your time and resources go to waste while trying to handle them. To avoid exactly that, eMM has implemented the reliable Duplicate Detection feature.

We distinguish several different types of duplicates, than can be defined as follows: 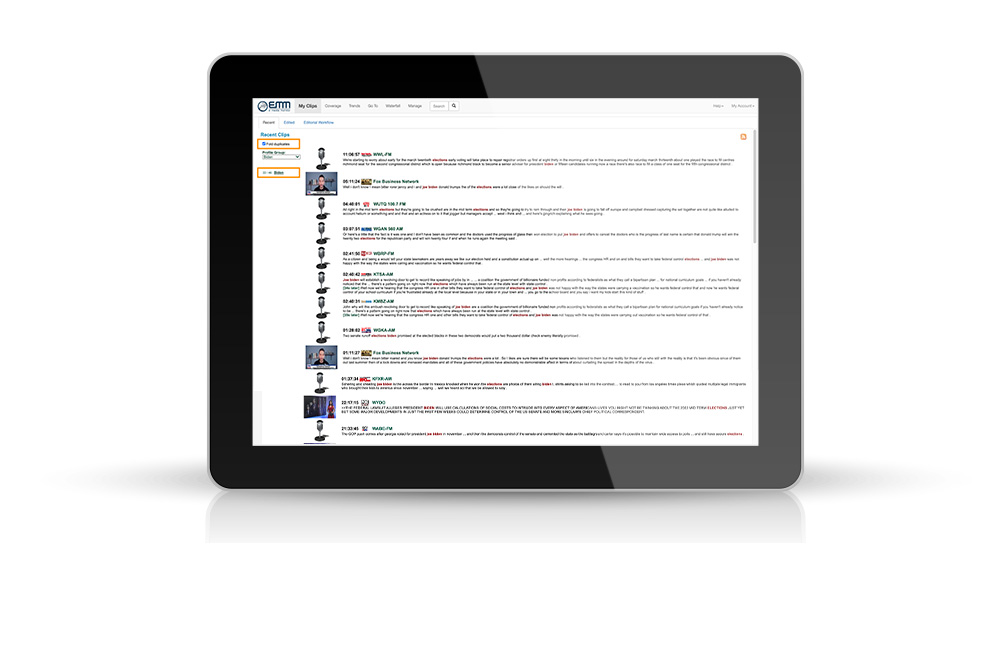 As a leader in media monitoring, eMM aims to have the best services faciliating the work of its clients. So how does the eMM Pegasus platform deal with duplicates?

Here is how it works: Users get a real-time alert on the first mention. Then, when they log into the Pegasus platform, a notification about all the duplicates detected is being displayed. That helps cutting down alerts while still receiving information about audience reached, the broadcast channels, the time and the date the clip aired on. The duplicates can easily be faded in or out by using a checkbox.

For the full eMM Pegasus experience, click here to book a personalized demo.

Read more about the eMM features